Not Even NASA Can Resist The 'Star Wars' Hype 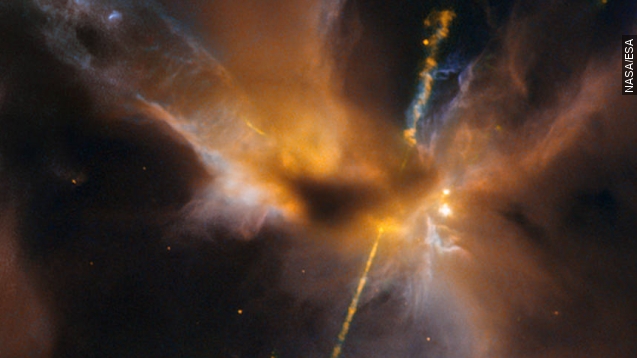 The space agency couldn't help but notice this newborn star looks a lot like a lightsaber.

Not even NASA can resist throwing out "Star Wars" references.

The space agency is saying this looks like a "cosmic, doubled-bladed lightsaber."

It's a newborn star. Superheated material is shooting away from the star while gravity causes materials to rotate and form a flattened disk.

The star lies in our Milky Way galaxy, about 1,350 light-years away.

Do you think it looks like a lightsaber? If NASA says so, we'll just go with it.

"Science fiction has been an inspiration to generations of scientists and engineers, and the film series 'Star Wars' is no exception," said John Grunsfeld, associate administrator for the NASA Science Mission Directorate.

This video includes images from NASA, ESA and A. Feild.