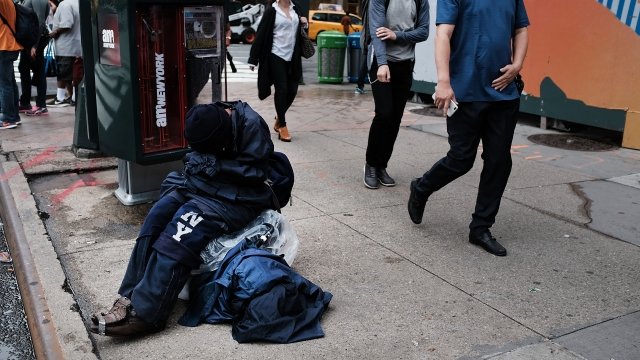 The U.S. homeless population has been declining for the better part of a decade — until this year.

The department found during one night in January 2017, more than 550,000 people across the country were homeless.

Rates definitely varied among states; thirty and the District of Columbia reported decreases in homeless populations from 2016 to 2017.

San Francisco Gets Some Help Fighting Its Homelessness Problem

A organization pledged a hefty sum to help fight the city's chronic problem.

Cities on the east coast and especially the west coast seemed to contribute the most to homeless rates.

For instance, the more than 55,000 homeless residents in Los Angeles city and county amounted to a 25 percent increase over 2016.