Oh, No. This Autonomous Car Learned How To Drive By Watching Humans 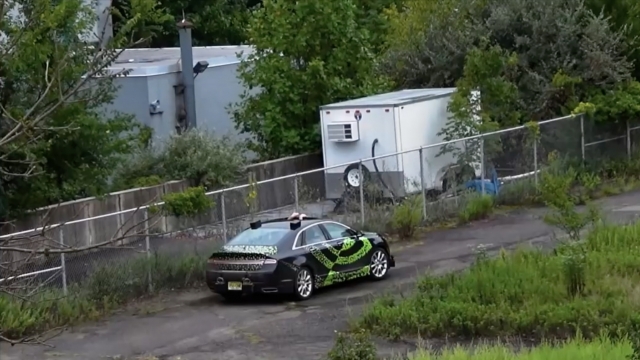 Nvidia's self-driving car more or less taught itself how to drive by watching how other humans do it. So, when it starts tailgating you, you'll have no one to blame but yourself.

SEE MORE: Self-Driving Cars Are Moving Faster Than The Law

The company just released footage of its current prototype driving in the dark, without lane markers and around obstacles. It's also codenamed the car BB-8 — after the new "Star Wars" droid.

Nvidia says it taught the vehicle to drive by feeding the computer videos of human-driven cars responding to different situations. By recognizing common patterns in those videos, the car's computer can learn the basic rules of the road.

A spokesperson for the company told Quartz this type of self-driving car could eventually be taught to drive better than humans, but that would take supercomputer levels of processing power.