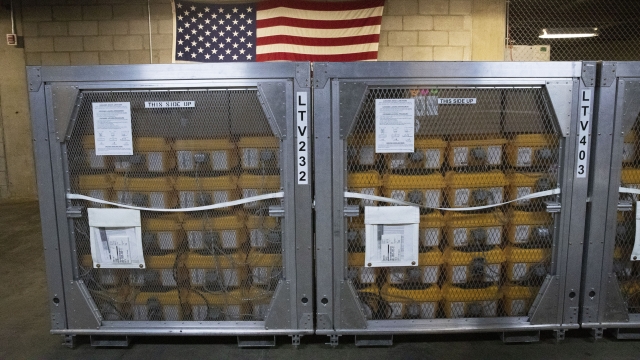 The governor said private hospitals and other institutions will either get the seized equipment back or be reimbursed for it.

New York Gov. Andrew Cuomo said he's going to sign an executive order that would let the state seize ventilators and supplies from private institutions and move them to hospitals that need them most. He made the announcement during a press conference Friday.

"I'm not going to be in a position where people are dying and we have several hundred ventilators in our own state somewhere else," Cuomo said.

The borrowed equipment will reportedly be returned to its owners, or they will be reimbursed for it in the future. But people outside New York City are worried they won't get the ventilators back when they need them most.

"If you don't get the ventilator back, I give you my personal word, I will pay you for the ventilator," Cuomo said. "But I'm not going to let people die because we didn't redistribute ventilators."

He said the National Guard will transport ventilators and personal protective equipment across the state.