Suspect In NYC Hate Attack Was Previously Convicted Of Murder 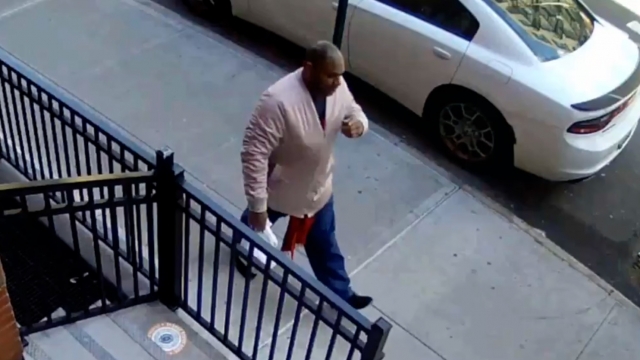 Brandon Elliot was arrested in connection with an anti-Asian attack while on parole for killing his mother in 2002.

The NYPD has arrested 38-year-old Brandon Elliot for the brutal attack of a Filipino American woman. Elliot was on parole after serving 17 years in prison for killing his mother in 2002. He is now charged with hate crime assault.

"We continue to demand justice and mercy for our community. But how many times do we have to stand here and beg for help?" asked Jo-Ann Yoo, executive director of the Asian American Federation.

On Monday, 65-year-old Vilma Kari was on her way to church when she was kicked and stomped on the head multiple times. Kari was reportedly released from the hospital with a fractured pelvis and head contusion. Two building staff members who witnessed the incident are now on administrative leave. One was seen on video closing the door and ignoring Kari.

"I don't care what you do. You've got to help your fellow New Yorker," said New York City Mayor Bill de Blasio.

President Biden will reinstate and expand the White House Initiative on Asian Americans and Pacific Islanders. That includes establishing a COVID-19 Equity Task Force and assigning the justice department to address anti-Asian violence and xenophobia. It comes as the community feels it’s on the front lines fighting multiple battles. More than half of nurses of color in the U.S. who have died of COVID are Filipino, like Kari.

Louella Rose Cabalona, president of Filipino Young Leaders Program, said: "It's a double pandemic of COVID and hate. And unfortunately, the second one is human inflicted."