NYC Prepares To Send 700,000 Students To Schools This Fall 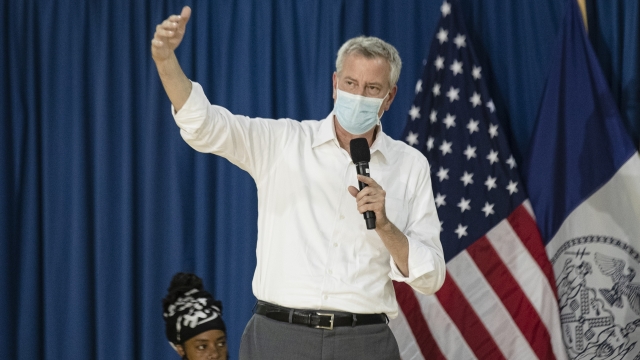 Students and teachers will be required to wear face coverings, and the schools will be regularly disinfected.

New York City says it's prepared to have about 700,000 students in school this fall.

Mayor Bill de Blasio says 75% of students opted to return to class in-person. He says the city's virus rate has been under 3% the last two months.

"This year is going to be different. We all know it. And I'm going to say it now and I'll say it a lot of times in the coming months: We are up against a challenge, but it's not a challenge that's going to go on forever. At some point, likely in the course of this school year, there will be a vaccine. That vaccine will be administered to kids and families all over New York City. And then we can start getting back to something more normal," said de Blasio.

The city has a hybrid plan for in-person learning to prevent overcrowding: Students will enter the school building on certain days of the week and learn virtually the other days.