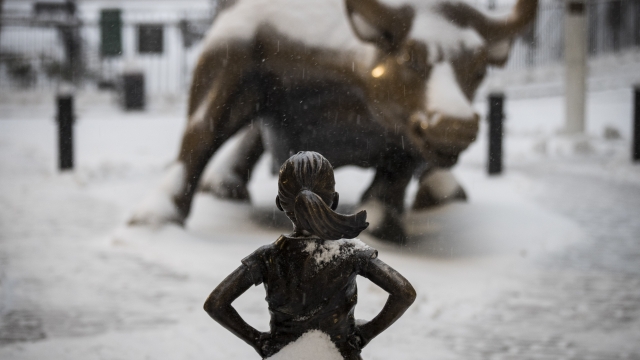 The statue was initially going to be removed April 2.

The statue of a little girl is going to be staring down Wall Street's iconic bull for a bit longer.

State Street Global Advisors placed the "Fearless Girl" statue there for International Women's Day earlier this month. It was part of a campaign to encourage companies to employ more women in senior leadership roles.

The statue was scheduled to remain on Wall Street until April 2.

But the statue became wildly popular, and thousands of people signed an online petition to make it permanent.

Now, New York City has extended the statue's permit through February of 2018.

The statue will become part of the city's Department of Transportation art program.

Mayor Bill de Blasio told the New York Daily News, "Now, she'll be asserting herself and affirming her strength even after her temporary permit expires — a fitting path for a girl who refuses to quit."

The statue was placed by State Street Global Advisors the day before International Women's Day.

One person who probably isn't thrilled about the news? Artist Arturo Di Modica, who created the charging bull. He called the young girl statue "an advertising trick."