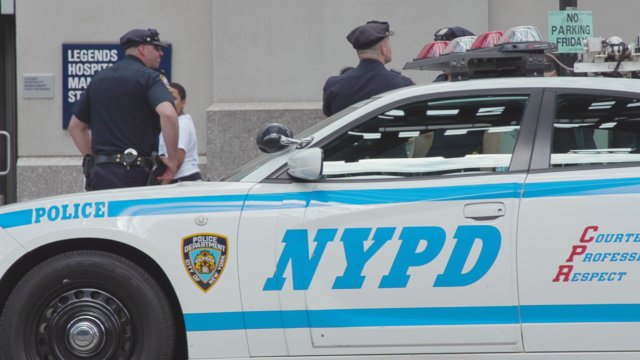 Update: On May 31st, New York City Mayor Bill de Blasio announced that the city will update its CompStat system by the end of the year to report all rapes that meet the FBI’s definition, “in the name of making sure everything is upfront and clear.” A spokesperson for de Blasio told Newsy the change was inspired by this report.

The NYPD's online reports are based on a crime-tracking system called CompStat that it launched in 1994. CompStat only considers a sex offense a rape if it falls under one of three sections of New York criminal law that use the word "rape" in their title.

The NYPD said it "has complied" every year and provided the state with rape statistics based on the expanded definition, but confirms it has never updated the way CompStat counts rape.

As a result, the NYPD underreported rape online by 38% over a recent four and a half-year period compared to how federal and state officials measure rape in New York City, a Newsy analysis showed.

The analysis is based on data about crimes and outcomes obtained from the NYPD after Newsy's parent company, The E.W. Scripps Company, sued the department. The NYPD originally denied a freedom of information request for the records. The request was made as a part of a joint investigation by Newsy, Reveal from the Center for Investigative Reporting and ProPublica.

The data the NYPD released to Newsy in March reveal that between 2014 and the first half of 2018, there was a huge discrepancy between what NYPD was telling New York City residents on its website about rape and what it was reporting to the FBI. The NYPD's own data show 10,649 rapes during that period using the FBI's expanded definition. But the NYPD's much more limited definition produced only 6,626.

"I think the NYPD is going to soon realize that they're on the wrong side of history,” said Abby Haglage. She walked into the NYPD's West Village precinct in 2015 to report she had been forced to perform oral sex by a stranger with a knife near her Manhattan home.

"I didn't feel like a human in that moment," she recalls of the attack, which happened when she was 25 years old. "He was pushing my head down. I felt completely powerless and I felt like my life was in danger, and that if I didn't continue to do what he wanted me to do, something really more terrible might happen."

Police never solved the crime, which is classified as a “criminal sexual act” under New York State Law. In crime statistics, the FBI’s expanded definition counts the crime as a “rape.” But the NYPD’s CompStat program doesn’t. It continues to count many such crimes in broader categories such as “misdemeanor sex offenses” or “felony sex offenses.”

"Not classifying it as rape is negating my whole experience and the experience of so many survivors, women or men, who were forced to perform sexual acts," Haglage said. "That makes me want to scream."

"This is a violation of our trust, but it also almost guarantees that we're going to not be attacking serious sexual offenses the way that we ought to be," he said.

According to Lancman, CompStat data is what drives police policy in New York City.

"It drives police decision-making. It drives deployment decisions. It drives council oversight," he said. "I worry that we have made decisions about funding, about deployment, about resources, about strategy on this misleading definition of rape."

Lancman has called on NYPD Police Commissioner James P. O'Neill to bring CompStat in line with state and federal rules for counting and reporting rape.

"If you have a definition of rape that for all intents and purposes excludes the rape of men, well then, the community of men who might be victims of rape are missing out from the attention and focus that they deserve because they're entitled to be safe, too," Lancman said.

According to the New York State DCJS, there are rare cases where a woman has forced a man to penetrate her vaginally that have resulted in charges of rape by a woman of a man.

The NYPD declined repeated requests for an interview, but NYPD Assistant Commissioner Devora Kaye responded in an email.

"The NYPD constantly reassesses our existing procedures and in line with that are in the process of reviewing our existent protocols," she wrote.

New York Assembly member Dan Quart, a who represents much of the Upper East Side of Manhattan, said the NYPD appears to have intentionally tried to make people believe they were receiving a complete picture of rape in the city.

Quart pointed out a footnote that’s on CompStat reports that reads, "All degrees of rape are included in the rape category."

"It is factually inaccurate if you consider a rape to be a rape by state or federal standards," Quart said.

Quart filed a brief in November in support of the Scripps lawsuit against the NYPD.

"The numbers tell the story, and that's why the lawsuit was critical to force the documentation," Quart said. "It was my hope that not only for transparency purposes, but that a true and accurate picture of the problem would lead us to finding the remedies to this scourge throughout New York City of sexual assault and rape."

Simotas has this question for NYPD's top leadership about the numbers they continue to publish: "I would ask your daughter or your mother or your wife whether they would consider having a penis shoved up their anus or down their mouth, would they not call that rape? Clearly the answer is 'yes'."

The reporters can be reached at mark.greenblatt@scripps.com and Mark.Fahey@scripps.com, and on Twitter at @greenblattmark and @marktfahey. Data reporter Rosie Cima contributed to this story.