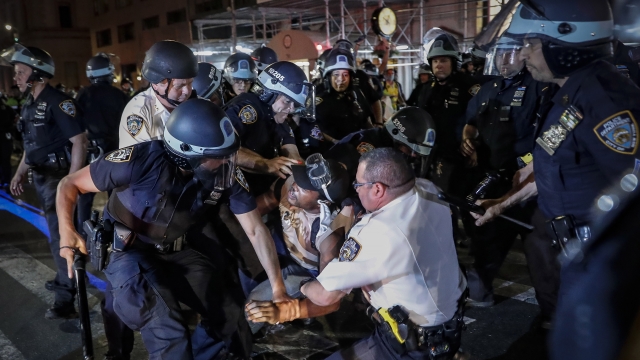 Mayor Bill de Blasio requested the investigation after videos on social media showed police officers shoving and hitting protesters, dousing them and journalists with pepper spray, and even driving police vehicles into crowds during one protest in May.

De Blasio said he agreed with the report's findings and that it "makes very clear we've got to do something different."