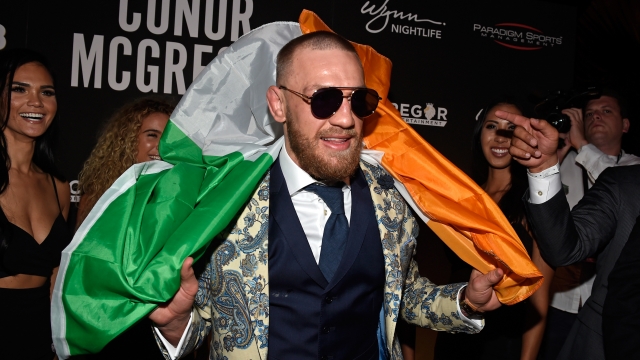 Sources told the New York Times McGregor was arrested in January. He has not been charged with a crime.

A woman accused McGregor of assaulting her at the Beacon Hotel in Dublin, according to a report out Tuesday by the New York Times. Police reportedly took evidence and footage from the hotel. The outlet cites four people familiar with the investigation, who say law enforcement arrested McGregor in January for questioning and then released him. He hasn't been charged with a crime.

Irish news outlets have been reporting on a sexual assault case involving an "unnamed sportsman" since late last year, but because of strict libel laws in the country, McGregor has not been named as the accuser.

News of the allegation comes hours after the UFC fighter announced he will no longer be competing, writing on Twitter, "I’ve decided to retire from the sport formally known as “Mixed Martial Art” today. I wish all my old colleagues well going forward in competition."

A U.S. based publicist for McGregor told Newsy the accusation is a "rumor" and has nothing to do with the announcement of his retirement.