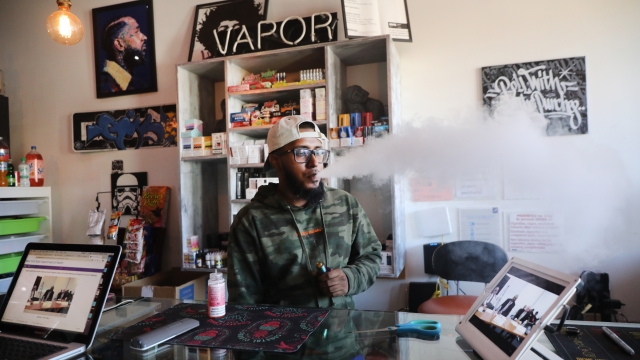 A New York Times investigation says regulation of vaping products has been delayed or weakened amid lobbying by former Obama administration officials working for tobacco interests and under leadership by a Trump official who came from the industry.

The Times' revelations come as about 1,300 people have been sickened and 26 have died recently as a result of using e-cigarettes and vaping products, including marijuana concentrates.

Under Obama, the Food and Drug Administration yielded to tobacco interests when it rejected calls for several years to ban flavored e-cigarettes that anti-cigarette activists warned were marketed to children.

Among former Obama officials lobbying for the industry was Andrew Perraut, a federal budget analyst who went to work for Cigar Rights of America, the Times reported. Perraut is now public policy director for the leading e-cigarettes manufacturer, Juul.

The Obama administration ultimately imposed FDA rules in 2016 to require federal regulation of vaping products, including requirements to deter sales to minors.

In 2017, President Trump appointed Dr. Scott Gottlieb as FDA commissioner. Gottlieb had formerly served on the board of Kure, a chain of vaping lounges. Under Gottlieb, who left the FDA in April, the agency gave e-cigarette companies a four-year-extension to comply with the new rules.

Gottlieb suggested that e-cigarettes could be a tool in diverting people from cigarettes, which are blamed for 480,000 deaths a year, including from cancer, heart disease and other smoking-related conditions.

Gottlieb told The Times he pushed The White House for a tougher approach on sales of the products. But he said: “I couldn’t outright ban the sale of e-cigarettes in convenience stores, because the law prohibited me from doing that. And that’s where the kids were accessing the products.”

There are no federal regulations on marijuana vaping products, which are legal in numerous states. Tobacco interests successfully sued the federal government in 2009 to prevent e-cigarettes from being regulated as drugs. As a result, they are subject to less rigorous oversight as tobacco products.