O'Malley Is Running: Can He Rally Liberals Against Clinton? 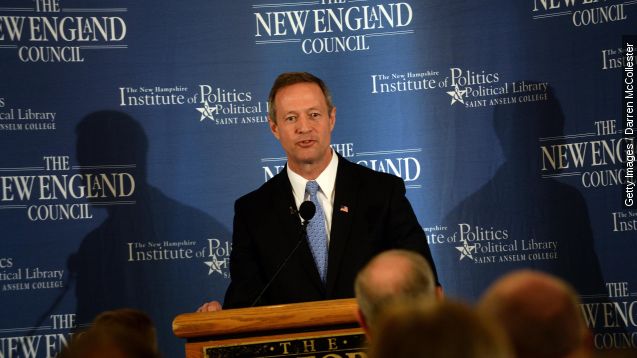 Former Maryland Gov. Martin O'Malley is running for the Democratic presidential nomination, but he has a steep popularity gap to beat.

"That is why today, to you and to all who can hear my voice, I declare that I am a candidate for the president of the United States and I am running for you," said former Maryland Gov. Martin O'Malley at his announcement rally on Saturday.

For now, O'Malley's up against just two other nominees compared to the increasingly crowded Republican field, but he still has quite the hurdle — overcoming Hillary Clinton's huge lead in popularity.

The president may have been joking, but O'Malley has nowhere near the name recognition Clinton does. A March Washington Post-ABC poll showed O'Malley had the support of just one percent of the public nationally. (Video via Martin O'Malley)

But speaking to The Wall Street Journal, O'Malley says he has a strategy to beat Clinton — casting himself as a more "authentic liberal."

Given his history leading the charge over divisive social issues, O'Malley may be in the right position to do just that. As Maryland's governor, he managed to raise the minimum wage, push through strict gun laws, get rid of the death penalty and back same-sex marriage. (Video via Washington College)

"And I certainly have different experience than Secretary Clinton has, and executive experience matters."

Of course, the fact that he still plays live music in a Celtic rock band called O'Malley's March probably won't hurt his chances, either. (Video via YouTube / knmlover)