Obama And Netanyahu Have Ups And Downs, But Aid Keeps Rising 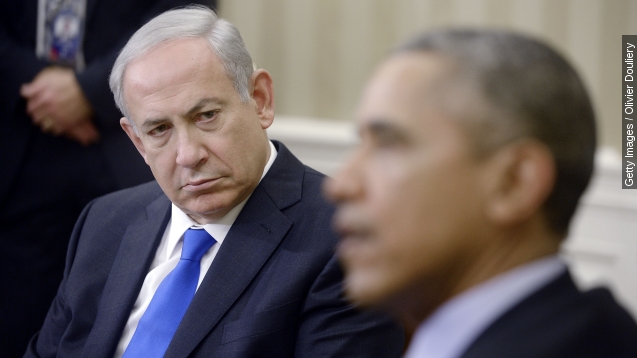 President Obama and Israeli Prime Minister Benjamin Netanyahu's relationship is in need of repair, but U.S. aid to Israel has increased nevertheless.

At least that's the public perception, fueled by disagreements over Iran and Israeli settlements, among other things. (Video via CBS)

But Israel and the U.S.' relationship, at least in terms of aid, has thrived despite the leaders' disagreements.

When President Obama first met with Netanyahu after being elected, Israel was receiving about half the foreign aid the U.S. provided it in 2000. (Video via C-SPAN)

In the following years, even as the president complained about the prime minister on a hot mic and the prime minister appeared alongside President Obama's opponent during the 2012 election, aid to Israel steadily rose. (Video via The White House, Prime Minister of Israel)

The year Netanyahu lectured the president on Israeli history, eliciting this facial expression, was the same year U.S. aid to Israel broke $3 billion for the first time since 2003. (Video via The White House)

And the divide the Iran deal opened up between Netanyahu and the president has been hard to bridge.

But it's nothing several billion dollars in annual aid can't help.