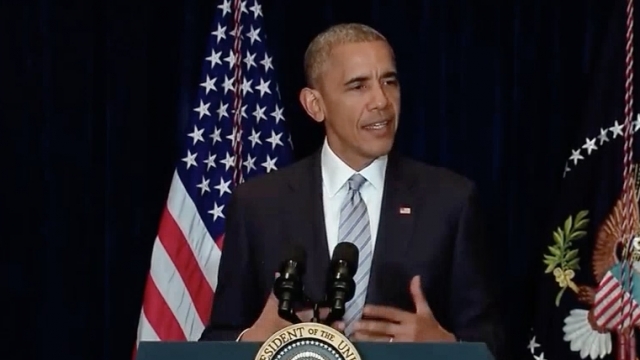 "All of us as Americans should be troubled by these shootings because these are not isolated incidents," President Obama said.

President Obama spoke about the shooting deaths of Alton Sterling and Philando Castile, two black men who were shot and killed by police. He said their deaths were a sign of the pervasive racial disparities in our country.

"All of us as Americans should be troubled by these shootings because these are not isolated incidents," Obama said.

"Last year, African-Americans were shot by police at more than twice the rate of whites," he added.

Obama emphasized that wanting to fix the criminal justice system and supporting police don't have to be mutually exclusive.

"When people say black lives matter, that doesn't mean blue lives don't matter; it just means that all lives matter. ... This isn't a matter of us comparing the value of lives; this is recognizing there's a particular burden being placed on a group of our fellow citizens, and we should care about that."

This video includes clips from The White House and images from Facebook / Alton Sterling and Getty Images. Music is "Snake" by Chris Zabriskie / CC BY 3.0.