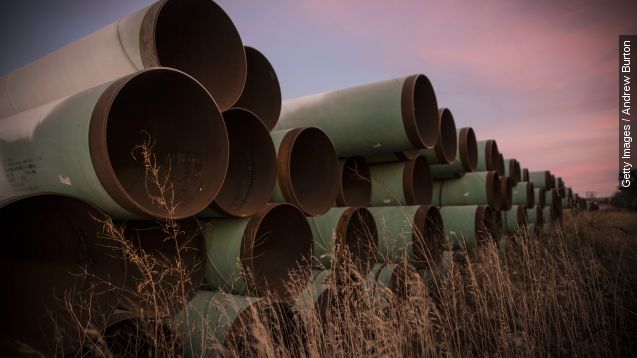 President Obama said Friday TransCanada's bid to construct the controversial pipeline was not in the "national interest" of the U.S.

"After extensive public outreach and consultation with other cabinet agencies, the State Department has decided that the Keystone XL pipeline would not serve the interests of the United States. I agree with that decision," President Obama said Friday.

The controversial project pitted environmentalists concerned about climate change against Republicans and oil companies who said the Alberta-to-Texas pipeline would create jobs.