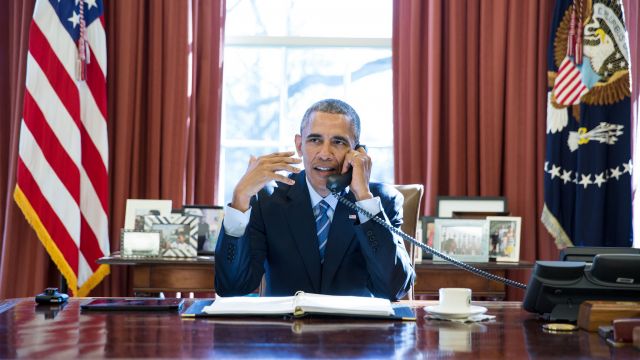 President Obama wants to make sure his daughter Sasha gets to finish high school in D.C.

In less than a year, the Obama family will pack up and move out of the White House — but President Obama suggested Thursday they might not be moving far.

During a small lunch meeting in Milwaukee, the president told supporters: "We're going to have to stay a couple of years so Sasha can finish. Transferring someone in the middle of high school — tough."

Obama hinted in 2013 that the first few years of his post-presidency might be dictated by his daughter Sasha, who will be a high school sophomore when Obama's term is up. His other daughter, Malia, is going to college this year.

But it's rare for presidents to stay in Washington after leaving office; according to USA Today, Obama will be the first president to do so since Woodrow Wilson.

This video includes clips from The White House.