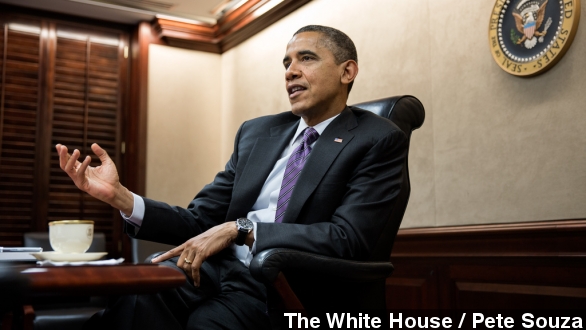 People who started an application Monday will have until the end of Tuesday to finish — 24 hours later than the original deadline.

Monday is the last day to begin signing up for a plan through Obamacare if you want coverage starting Jan. 1. And President Obama himself put forward a symbolic "show of support."

"The Obama administration confirming that President Obama symbolically signed up for the bronze plan. ... He, of course, was here in Hawaii at the time, but the White House says he was actively involved in making the decision of what plan he and his family would have."

Again, this is a symbolic gesture from Obama, since every president dating back to 1901 has received health care from the military as commander-in-chief. (Via The White House, Library of Congress)

The message from the White House made that clear but also said Obama “was pleased to participate in a plan as a show of support for these marketplaces." He will pay $400 a month for the plan.

Congress, however, will be signing up for these plans for real. That's despite claims they were exempted, which have frequently fetched Pinocchios from fact-checkers. (Via The Washington Post)

And Americans signing up for coverage beginning Jan. 1 through Obamacare, or the Affordable Care Act, will have a little extra time to finish that application.

For people who started working on an application Monday or earlier, you'll actually have until the end of Tuesday to finish — 24 hours later than the original deadline. (Via NBC)

More than 1 million had signed up for new health care plans through federal and state exchanges as of Friday. Government statistics show about 45 million Americans are without health insurance.