Obama To Schools: You Might Lose Funding If You Enforce Bathroom Bans 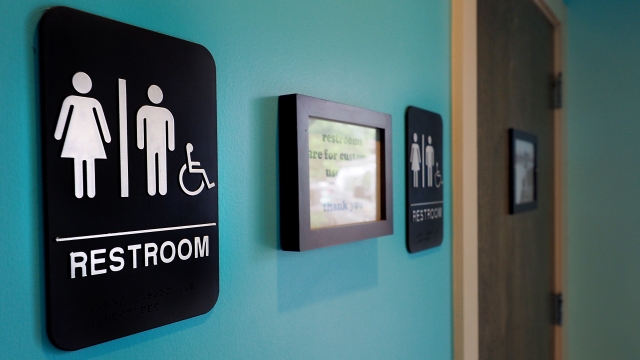 The Obama administration wants schools to let transgender students use the bathroom that matches their gender identity, or there may be funding cuts.

The Obama administration is intervening on the issue of which bathrooms transgender students can use.

A letter released by the administration Friday gives schools somewhat of an ultimatum: allow transgender students to use the bathroom or locker room that matches their gender identity or risk losing funding.

A U.S. Justice Department official said in the letter, "Our guidance sends a clear message to transgender students across the country: here in America, you are safe, you are protected and you belong — just as you are."

This follows debates in several states and school districts about whether transgender students can pick the bathroom they want.

A North Carolina bill signed into law in March has gotten a lot of attention for a provision forcing transgender people to use the bathroom that matches the sex on their birth certificate.

But the U.S. Department of Justice responded with a letter earlier this month, saying North Carolina's law violates the federal Civil Rights Act of 1964.

Part of that act protects people from discrimination at work and school.

"This is about the dignity and the respect that we accord our fellow citizens," Attorney General Loretta Lynch said.

Soon after, North Carolina sued the Justice Department, and the DOJ responded by filing a complaint against the state, its public safety department and the University of North Carolina.

Leaders in several conservative states — like Texas — have already said they plan to implement similar laws.

And their sentiments on the subject didn't seem to change, even after the president's letter.

"We shouldn't even be having to have this debate in America," Texas Lt. Gov. Dan Patrick said.