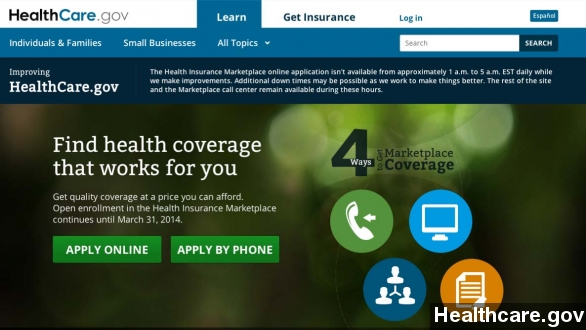 It's an understatement to say the Obama administration's health care website, Healthcare.gov, had a rough first month.

But how many people actually made it through the glitches, delays and errors and decided to enroll in the health insurance exchange programs? The administration finally answered that question Wednesday. (Via CNN)

And the answer is pretty dismal: According to Wednesday's report, 106,185 people enrolled by Nov. 2. Of those, just under a quarter — 26,794 — actually enrolled through the Healthcare.gov website. (Via U.S. Department of Health and Human Services)

That falls far short of the half-million enrollment figure the administration reportedly projected by the end of October. (Via D Healthcare Daily)

And even these small numbers are open to debate. It turns out the administration's definition of "enrolled" isn't what you might think: It includes everyone who applied and selected a plan, whether they've gone ahead and purchased that plan or not. (Via The Washington Post)

Even with the lackluster numbers, Health and Human Services Secretary Kathleen Sebelius spun Obamacare's first month as a success and said the administration expects enrollment to snowball as people make up their minds about their new health insurance plans.

"Again, the marketplace is working. People are enrolling. ... This data represents only a month into a sustained six-month enrollment and outreach effort." (Via Fox News)

But let's be real: The GOP is going to leap at the low enrollment figures, and it's already started.

House Speaker John Boehner said the low enrollment is proof the president needs to let Americans keep their existing plans, adding: "Above all, this report is a symbol of the failure of the president's health care law. It is a rolling calamity that must be scrapped." (Via Talking Points Memo)