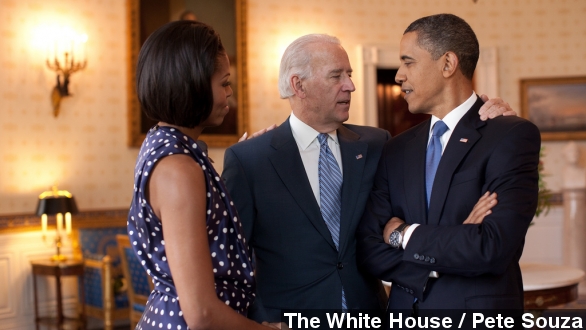 For the first time since 2000, neither a sitting president, vice president nor a first lady will head up the U.S. delegation to the Olympic games. And the American press call that decision a direct snub to Russia.

The White House announced Tuesday President Barack Obama, Michelle Obama and Vice President Joe Biden would all be sitting out the Sochi Winter Games next February.

This comes during a rough patch in U.S.-Russia relations. The Obama administration is at odds with Russian leader Vladimir Putin on issues both foreign and social. (Via RT)

Russia has been criticized worldwide for its aggressive crackdown on what it calls gay propaganda — making arrests for public displays of homosexuality. (Via Sky News)

With this announcement, Obama joins leaders of France and Germany among the various heads of state taking a stand against Russia by avoiding the Olympic games altogether. (Via CNN)

This leaves a former cabinet secretary and a deputy Secretary of State to head up the U.S. delegation. That group will contain two openly gay American athletes, which is welcome news for gay rights groups.

A spokesman for the Human Rights Campaign tells The Washington Post, “The inclusion of gay athletes is incredibly important and sends a potent message about the inclusive nature of our democracy."

U.S. leaders have also expressed frustration with Russia over its decision to shelter Edward Snowden — and for its vote to block United Nations military action in war-torn Syria. (Via The Guardian, The New York Times)

Russia has said athletes and others attending the games won't be subject to arrest for spreading pro-gay messages. Even so, Tuesday's snub will almost certainly send a message to Russia's leadership.