Getting A Fix: Mapping Drug Overdoses 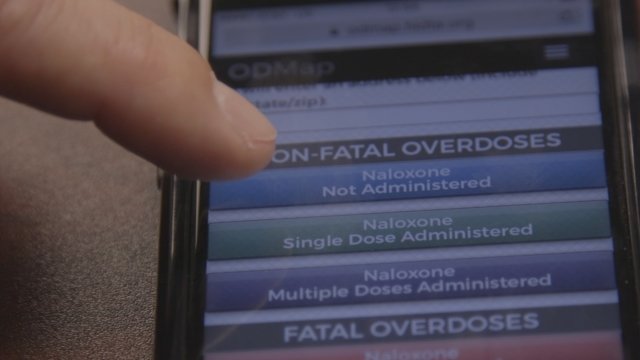 "Getting a Fix" is an in-depth series that explores the opioid epidemic gripping the United States.

"We have an epidemic on our hands, and we really need tools in the hands of public health and safety to fight this," Beeson said. "The general consensus from a lot of our public health partners is that there is a consistent lack of real-time data, not only in their respective county or city, but across jurisdiction."

There are 28 HIDTA programs across the country. The one Beeson helps oversee connects officials in Maryland; Virginia; Washington, D.C.; and parts of West Virginia as they work to combat drug trafficking. 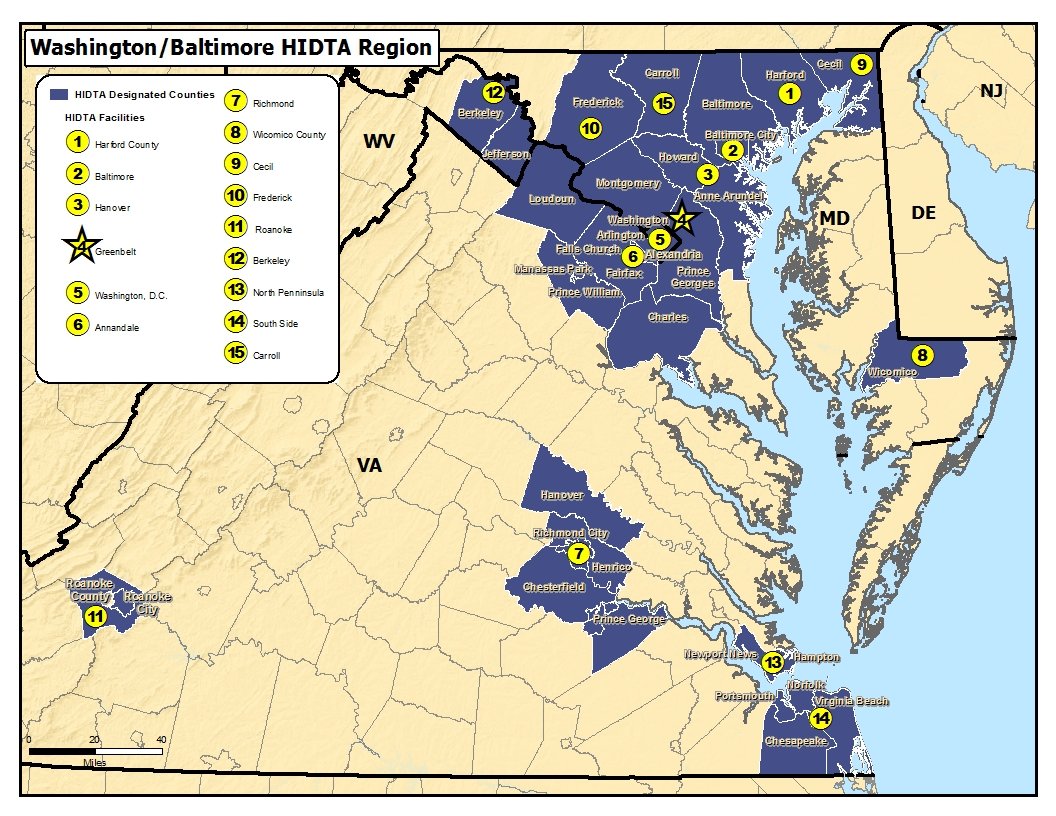 Beeson said the Overdose Detection Mapping Application Program, or ODMAP, is meant to ensure public health and safety officials have real-time data to respond to an overdose threat or spike.

First responders use the drug naloxone to revive someone from an overdose. It can be administered through the nose, muscles or veins. Narcan is a brand of naloxone.

Anne Arundel County, Maryland — which is between Baltimore and Washington, D.C. — is one of the pilot areas for ODMAP.

"Yeah, now we are getting live data, it's coming in, so within usually four of the five hours of a fatal overdose," said Lt. Michael Ashburn, commander of the narcotics and special investigations section for the Anne Arundel County Police Department.

U.S. overdose deaths have been on the rise for more than two decades, beginning in the 1990s with the influx of illicit opioids like fentanyl.

Ashburn said ODMAP is "very simple" to use. Here's how it works.

First responders arrive on the scene. As some medical personnel tend to the patient, others can log in to the ODMAP website, where they can pick one of six options. The information, like GPS mapping, is saved to the database, and other members can use it.

The system doesn't collect victims' personal information, and it's free for first responders to use. "This gives us a snapshot, a quick picture of where our focus needs to be," Ashburn said. "Real-time data that we are able to pull up on the map and find an area that may have had a spike that we can focus on that area to concentrate investigations."

Beeson said the system was designed to be easy to use."We know how difficult it is to be a first responder," he said. "We know how many priorities our police officers have. We know how stressful the jobs of our firefighters and EMS can be, so we wanted to make the system that simple."

The program was successful during tests. Beeson says he thinks the data could eventually let first responders predict patterns in overdoses.

But that can depend on the number of officials using ODMAP. Right now, first responders aren't required to use it, so getting every state and jurisdiction on board with a voluntary system will take time.

As of September, the program is active in 74 counties across 19 states.

Beeson said he and his team will continue to spread the word about ODMAP, state by state, municipality by municipality. They have just one goal.

"This is: Let's share our data; let's make sure that we are getting the resources in the hands of those who are in the best position to respond so we can safeguard our communities," Beeson said. "Last thing we want is for anybody else to die. That's really what this is. We are trying to save lives."

More from Getting A Fix

Getting A Fix: Carfentanil Is An Elusive Killer

Carfentanil is extremely toxic, but dealers continue to mix the drug with heroin or cocaine, and addicts continue to chase the elusive high.