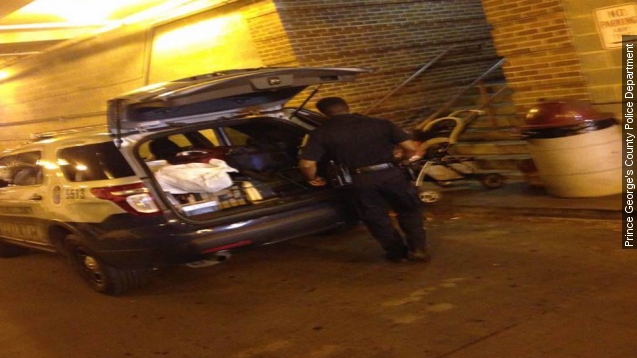 After a mom and a 1-year-old left an abusive home, officer Che' Atkinson fed them, contacted their family and got them a hotel room.

A Maryland officer helped out a mother and her 1-year-old.

Corporal Che' Atkinson talked to the mom in the police station lobby and found out the woman had escaped an abusive home and had nowhere to go. He called the county for assistance but didn't get anywhere. He found a relative of hers who could pick them up but was surprised to see them in the lobby again the next morning.

Atkinson learned the family couldn't pick them up until the next day and that the mom and baby hadn't eaten in days. Using his own money and his patrol car, Atkinson got them food and a hotel room.

Atkinson says he's surprised the story went viral and also didn't realize another officer took the photos of the good deed. He told WUSA the act of kindness didn't seem like a big deal.

"I had the extra money. What would it hurt just to put them up for a night to make sure they're safe and not on the street?" Atkinson told WUSA.

"It's our duty to help those in need," he said.

The mother and child's relatives picked them up the next morning.