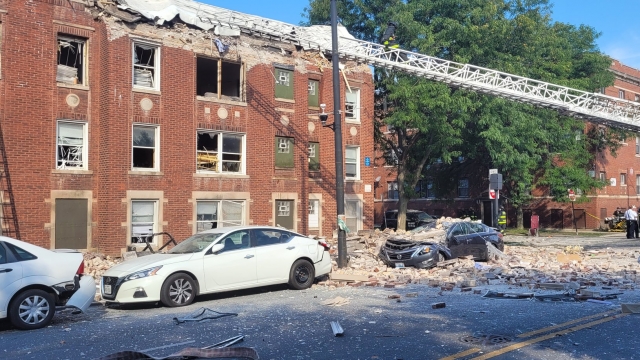 The explosion at the three-story, 36-unit apartment building in the South Austin neighborhood occurred shortly before 9:30 a.m., officials said.

At least six people were rushed to hospitals after being injured when an explosion Tuesday tore through the top floor of a Chicago apartment building, officials said.

The explosion at the three-story, 36-unit apartment building in the South Austin neighborhood occurred shortly before 9:30 a.m., officials said. At least 10 ambulances were on the scene, according to the Chicago Fire Department, which requested help searching the structure.

"Requesting manpower for searches in structure," the department tweeted.

Photographs and video posted on the Chicago Fire Department's twitter page shows that much of the top floor of the four-story brick apartment building on the city's West Side was destroyed by the blast. Scores of bricks and other debris had fallen onto the street, crushing at least one car and seriously damaging two others.

Several people who lived in the building said they were home when the explosion rocked the entire building.

"I was asleep, and all of a sudden there was a loud booming," Lawrence Lewis, who was asleep at the time, told WGN television. "I woke up to my windows gone, my front door blown open. I just saw smoke, and I ran out of the house. I was asleep. I’m shook up right now."

No cause of the explosion had been determined. The department said in a series of tweets that the Chicago police bomb squad and agents from the federal Bureau of Alcohol, Tobacco, Firearms and Explosives were on their way as well.

The Fire Department said conditions of three victims range from serious to critical.