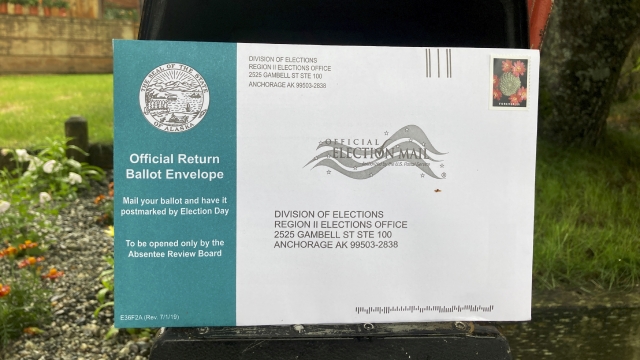 Under Alaskan law, absentee ballots aren't eligible for counting until cross-checks are made against votes cast at polls to prevent duplicates.

Tuesday marked one week since Election Day and officials in Alaska are just beginning to count mail-in ballots.

An Alaska Department of Law spokesperson says absentee ballots aren't eligible for counting until voter histories have been protected against the possibility of a duplicate vote.

In order for mail-in votes to be counted, they had to be postmarked by Election Day.

The state is overwhelmingly Republican and is expected to go for President Trump.

Tuesday was also the last day Nevada will accept mail-in ballots — as long as they were postmarked by November 3.