Why Officials Are Pushing For Sleep Apnea Testing For Train Engineers 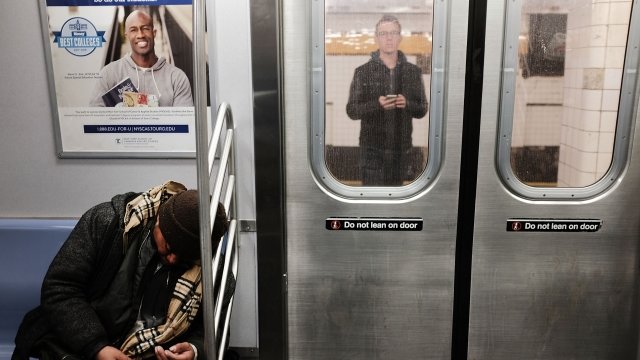 The National Transportation Safety Board says undiagnosed, obstructive sleep apnea led to two commuter train crashes in the New York area. Last year, the Trump administration scrapped a proposal that would have made screening for it mandatory.

In an effort to reduce industry regulations, the Trump administration said last August it was withdrawing an Obama-era proposal to test truck drivers, train engineers and other transport operators for sleep apnea.

The decision was met with backlash from safety advocates, including the NTSB. Sleep apnea is dangerous because it can cause severe fatigue and can lead to people falling asleep on the job.

The train was carrying Republican lawmakers to a retreat in West Virginia.

In its findings from the New York-area crashes, the NTSB notes the sleep apnea safety problem isn't unique to those incidents and recommends the appropriate personnel be screened.

The agency's chairman said, "The traveling public deserves alert operators. That is not too much to ask."