Some Haitian Missionaries May Be Alive After Gang Kidnapping 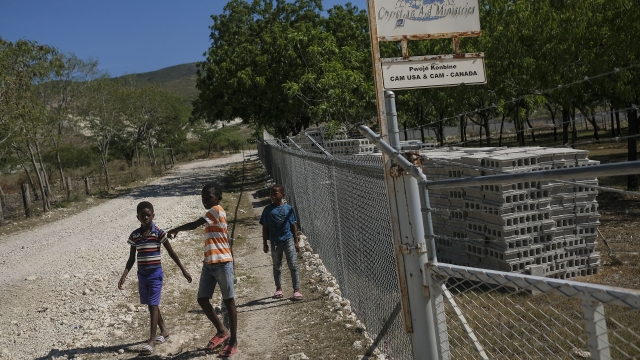 The missionaries are with Ohio-based Christian Aid Ministries and had been visiting an orphanage when they were abducted.

From protests to prayers all eyes have been on Haiti since a missionary group consisting of 16 Americans and one Canadian were kidnapped by a gang nearly a month ago. Some in the group, believed to be children.

"Thank you for your prayers on behalf of our family members who are being held hostage in Haiti," Weston Showalter with Christian Aid Ministries said.

Finally, there looks to be some news. Reuters reports that the Biden administration has received proof that at least some of the hostages are still alive.

This report follows a video released in October by the 400 Mawozo Gang, in which the leader claimed that the hostages would be killed if his demands went unmet. Among those demands: $1 million per hostage.

The missionaries are with Ohio-based Christian aid ministries and had been visiting an orphanage when they were abducted.

In a recent press conference, Haiti's Prime Minister Dr. Ariel Henry condemned the kidnapping, as well as those who have assisted the gang he called "enemies of the people."

The kidnappings mark yet another difficult chapter in Haiti's chaotic year thus far. In July, the country's president was assassinated and the current government is struggling to get a handle on a massive surge in gang violence nationwide.

A Haitian-American woman living in Haiti whose father was kidnapped last month in Port-au-Prince and wished not to be identified out of security concerns, says the situation in the country has been deteriorating for years.

"The insecurity in Haiti has been something that has been going on for years, but now it's taken a turn that's just unbearable," she said.

Meanwhile, Haiti's island neighbor is moving to protect itself from the unrest. Bloomberg News quoted the Dominican Republic's interior minister saying Haiti is  a "principal threat" to his country and began requiring Haitians in the Dominican to register their whereabouts. The Dominican is the far-wealthier occupant of the island of Hispaniola, serving as a popular tourist destination for Americans and others.

There are as many as 300,000 Haitains living in the Dominican Republic.