California's Skirball Blaze May Have Been Sparked By A Cooking Fire 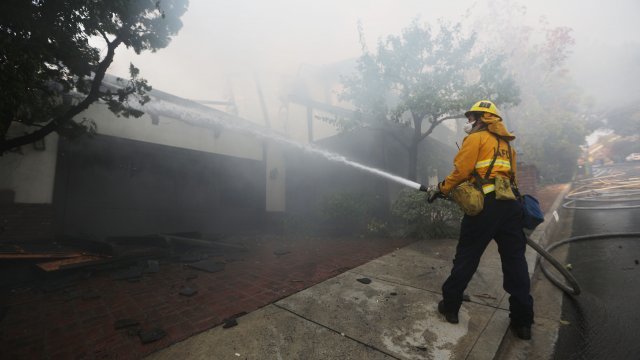 California officials think a wildfire that scorched the Los Angeles area may have been caused by a man-made cooking fire.

California officials say one of the wildfires scorching the state was caused by human activity.

Investigators think a cooking fire at a nearby homeless encampment may have started the Skirball Fire near Los Angeles. There are currently no suspects.

The Skirball Fire has burned 422 acres so far, destroying six structures and injuring three firefighters. It is currently 85 percent contained.

But the Skirball Fire is one of the smaller fires currently ravaging the state: California's Thomas Fire has burned more than 230,000 acres so far, and is only 20 percent contained.