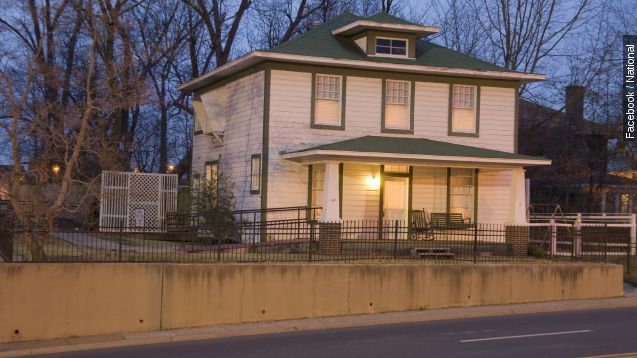 The William J. Clinton home in Hope, Arkansas, is where the former president was born. Firefighters were called to the scene at about 3:20 a.m.

An early morning fire at Bill Clinton's birthplace is being investigated as arson.

The William J. Clinton Birthplace in Hope, Arkansas, was owned by the former president's grandparents when he was born. The house is registered as a National Historic Site.

Firefighters were called to the scene around 3:20 a.m. Christmas morning. KSLA reports firefighters discovered "evidence" that the fire could be intentional.

The fire chief told KSLA: "This is a very important structure and house inside the city of Hope. It's got a lot of historical value to it, and ... we really want to protect it and do the best job that we can do."

The chief said federal authorities were on their way to the scene Friday to help with the investigation.