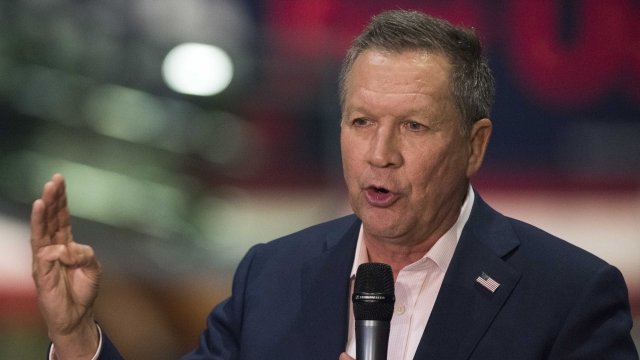 Ohio Gov. John Kasich told CNN's "State of the Union" that he doesn't think Congress will do much of anything to change the federal gun policy.

Republican Ohio Gov. John Kasich said he doesn't think Congress will do anything about gun policy after the deadly school shooting in Florida.

"Do I think they can do anything on guns? I hope they prove me wrong, and they can because I have no confidence in them," Kasich said Sunday on CNN's "State of the Union."

Kasich commented that legislation on a state and local level might have better luck, but he doesn't believe anything will get through federally.

Not long after a school shooting in Florida left at least 17 people dead, discussions of mental health and gun ownership began ramping up.

"I'm not calling for some outright ban. I'm talking about small steps that can be taken that can be effective," Kasich said.

Kasich said he supports the Second Amendment but that there needs to be some sort of change in policy.