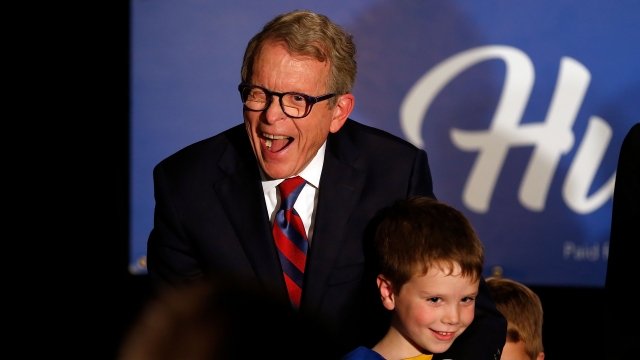 ​The "Heartbeat Bill" effectively outlaws abortions after a fetal heartbeat is detected, which is usually about six weeks into a pregnancy.

Ohio Gov. Mike DeWine has signed an anti-abortion rights bill that's considered by many to be "one of the nation's most restrictive abortion laws."

DeWine signed the Human Rights and Heartbeat Protection Act into law Thursday. The new Ohio state law bans abortions after a fetal heartbeat is detected, which is usually about six weeks into a pregnancy. It also does not make exceptions in cases of rape or incest. Doctors who perform abortions after a fetal heartbeat is detected will now face felony charges and penalties including fines and jail time.

Ohio's House of Representatives voted in support of the bill Wednesday, with the Senate following suit shortly after. Two versions of the bill had previously passed through the House and Senate but were vetoed by former Ohio Gov. John Kasich on constitutional grounds.

Gov. DeWine's support for the bill shouldn't come as a surprise, as he's said in the past he would "absolutely" sign it if it ever made it to his desk. He said the "government's role should be to protect life from the beginning to the end," and that the bill's signing "is consistent with that respect for life and the imperative to protect those who cannot protect themselves."

The new law is expected to face some legal challenges, though. Both Planned Parenthood and the ACLU said they'd file suit against the legislation if DeWine signed it into law.