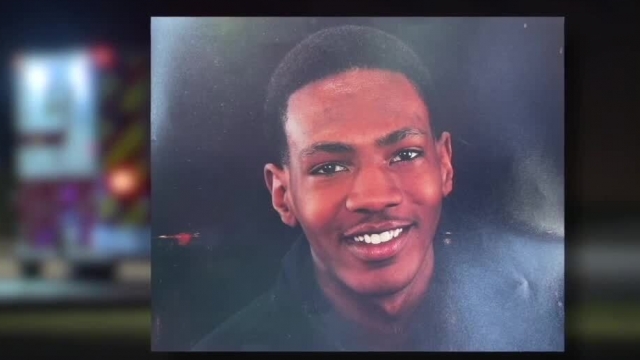 The eight Akron police officers involved in the shooting have been placed on paid administrative leave.

Police in Akron, Ohio, released graphic body camera footage, and more details, about what led to the deadly police shooting of Jayland Walker.

“We do not know the exact number of rounds that were fired; however, based on the video, I anticipate that number to be high,” said Stephen Mylett, Akron police chief.

Akron police say it all began just after midnight last Monday, as officers tried to pull Walker over, on what they describe as “unspecified traffic violations,” a four-and-a-half-minute chase, at times reaching speeds of 80 miles per hour.

Sunday, during a press conference, authorities say the officers pursued Walker's car on an expressway for several minutes before exiting onto a ramp. When Walker wouldn’t pull over, officers say they first deployed their Tasers. Walker eventually bailed out of his car and a foot chase began, officers ultimately opening fire after they claimed Walker “made motions” that caused them to fear for their lives.

“There is a photograph that appears Mr. Walker was turning toward the officer and there is a picture that captures a forward motion of his arm,” said Mylett.

Officials say it was only after the chase that a gun was recovered from Walker’s vehicle.

“As you could see in the video, there was a gun recovered from Mr. Walker’s vehicle. At the time of the shooting, he was unarmed,” said Mylett.

Protesters have taken to the streets of Akron for days now. Sunday, the Akron chapter of the NAACP led a march over what the organization calls "the brutal police shooting and murder” of  Walker.

“I grew up with him, wrestled with him. Man, he didn’t deserve this at all,” said Marnell Turner, a family member of Walker.

“Those peaceful protests call for change, and that word is getting old, isn’t it? But we’re going to be hopeful and hope there is an opportunity to get new policies in place and collaborate with the city,” said DiCello.

DiCello also called for accountability and justice for Walker.

The initial bodycam footage ends after you hear the barrage of gunfire. Akron’s police chief said following that, a sergeant asked the officers, "Who fired their weapons?" The eight officers raised their hands.

The police chief also said they then tended to Walker, called for emergency medical services, and rendered aid before securing the scene.

Attorneys say it’s unclear why Walker ran in the first place; he had no past criminal history, aside from a speeding ticket.

Further investigation on this case continues.