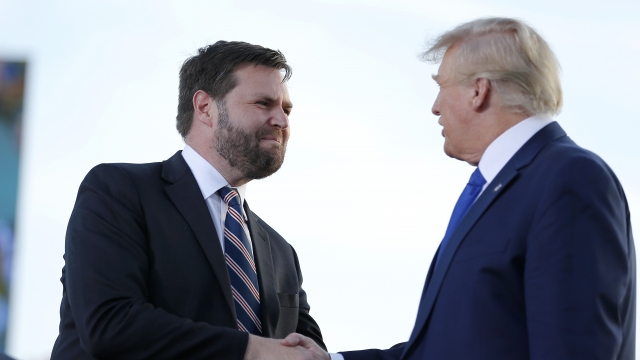 In Ohio, it's an all-out sprint to the finish line. The Republican U.S. Senate race in the Buckeye State will be the first test of former President Trump's power as a kingmaker in 2022.

Surging in the polls is venture capitalist and bestselling author of the book "Hillbilly Elegy" JD Vance. He propelled to the front of the pack after receiving the highly sought endorsement of former President Trump.

Democrats Vying For Vacant Senate Seat In Ohio Ahead of Primary

Early voting is underway for the Buckeye State's Senate primary.

But also rising late in the eleventh hour of this contest is a Republican trying to push the party beyond Trump.

State Senator Matt Dolan has run a decidedly positive campaign and declined to solicit support of the former president.

"Their campaign has been singularly focused on trying to get President Trump's endorsement by insulting and berating and fighting with their opponents," Dolan said. "That's what we don't need any more of in Washington."

On the Democratic side, Representative Tim Ryan is the front-runner, already endorsed by the Ohio Democratic Party. He's expected to win the nomination easily and square off against whichever Republican candidate wins Tuesday in what will be one of the most watched races come the midterm elections in November.