Many Congressional Lawmakers Are Especially Vulnerable To COVID-19 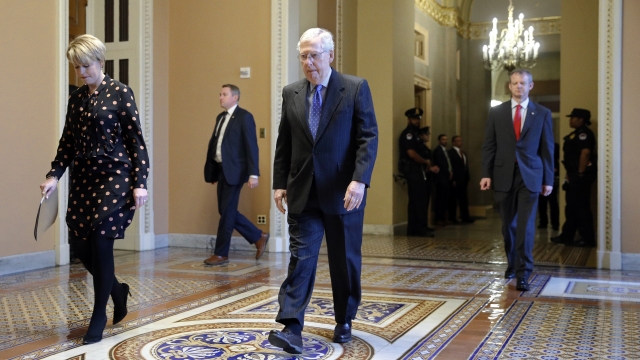 Nearly 200 congressional lawmakers are 65 or older. According to the CDC, they're at higher risk for severe illness related to the coronavirus.

Congressional lawmakers are among the millions of Americans who don't have the option to work from home.

The advanced age of some lawmakers in the 116th Congress places them at higher risk of getting seriously ill from the coronavirus.

"When you have any sort of disease that is spread by personal contact and that tends to, as far as we know right now, have a much more severe impact on older people, and your legislature skews toward older people, you have a recipe for either the House and Senate to have either potentially a large number of hospitalizations or deaths or serious infections, or just not being able to meet out of fear of those things happening," Matthew Glassman, a senior fellow at the Government Affairs Institute at Georgetown University, told Newsy.

According to the CDC, adults 65 and older are at higher risk for severe illness. And the average age within the Senate is nearly 63 years old.

Out of the 100 U.S. senators, 48 are aged 65 or older, and the five oldest members are over 80. Dianne Feinstein and Chuck Grassley are the oldest, each aged 86.

In the House of Representatives, the average age is slightly younger, about 58 years old. Over 140 of its members are aged 65 or older.

On Sunday, 57-year-old Sen. Rand Paul of Kentucky and two representatives tested positive for the coronavirus, sending dozens of other lawmakers into quarantine.

According to Glassman, the coronavirus has some parallels with a pandemic that swept through the Capitol 100 years ago: the Spanish flu.

"A lot of what you see Congress doing now also happened then," he explained. "Congress shut down the galleries and then eventually shut down the Capitol building itself to all outsiders."

"They're fearful that [Members of Congress will] like this," explained Glassman. "[Lawmakers] would want to do this even when there wasn't an emergency."