This Sponge Could Be Key For Cleaning Oil Spills 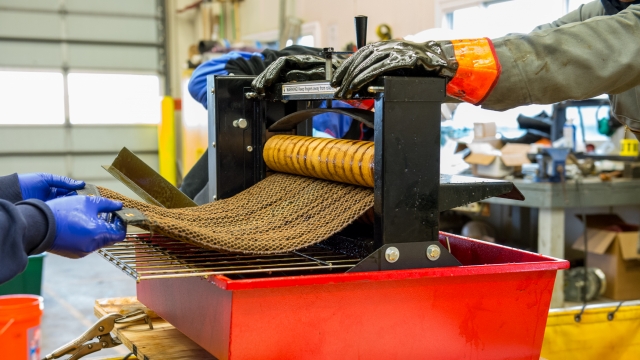 It's not the oil on the water's surface that's the problem — it's the oil below.

In an oil spill, the gunk near the water's surface can be skimmed or burned off, but oil farther below is harder to get.

Researchers with the Argonne National Laboratory may now have a solution: a sponge that absorbs oil in water.

The researchers started with a polyurethane foam, similar to what's in seat cushions or your home's insulation. The problem was oil wasn't always sticking to the foam.

So they tried putting metal oxide on the sponge's surface. Long story short, this layer attracts molecules that bind to both oil and the sponge at the same time.

The head of the Environmental Protection Agency received a letter from several states that produce oil and gas. They say methane reports are a burden.

And better yet, the material can be wrung out and reused.

The researchers haven't said if their invention is ready to clean up major oil spills just yet, but they mentioned a more reoccurring environmental issue.

Oil tends to collect in ports and harbors as ships move in and out. The sponge could be used, and reused, for routine cleaning.