Russia Is Out For 2018 Olympics, But Some Of Its Athletes Might Not Be 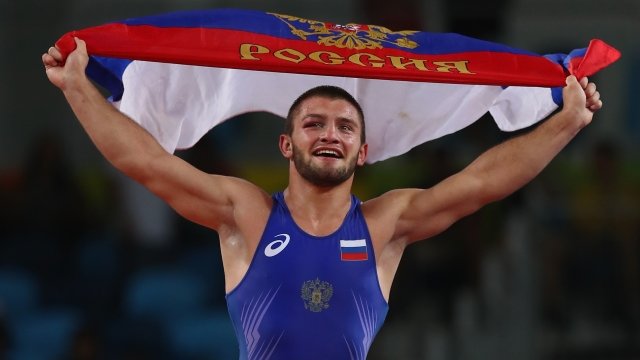 If select athletes from Russia do compete in the 2018 Winter Games, they won't hear their anthem or wear their flag.

It's unclear how Russia will react after the International Olympic Committee banned the country from the 2018 Olympic Winter Games over a doping scandal.

Although some Russian athletes might be able to participate, their options would be limited. They'd compete under a neutral Olympic flag, not their own; the Olympic anthem would play rather than any state-sponsored music; and they'd be labeled "Olympic Athletes from Russia."

That's if they do compete. Russia reportedly might boycott the games altogether.

Without the visibility of the Russia flag, among other things, the Kremlin might decide it's not worth sending a neutral team.

Russia has repeatedly denied accusations that it for years ran a state-sponsored doping system.

In the 2016 Rio Olympics, the Refugee Olympic Team competed under the Olympic flag.