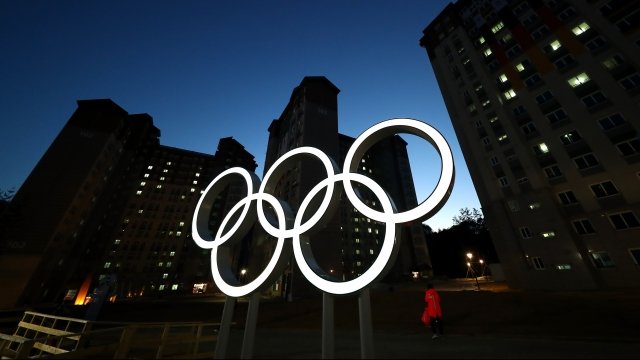 Officials reportedly replaced about 1,200 security guards as a pre-emptive measure after dozens of guards showed symptoms of the infection.

About 1,200 security guards have reportedly been temporarily pulled from duty at the Winter Olympics facilities in South Korea following a norovirus outbreak.

CNN reports only a few dozen have actually shown symptoms so far, but the country decided to replace the civilian guards with 900 military personnel as a pre-emptive measure.

Norovirus is a highly contagious infection that can cause severe vomiting and diarrhea. The Mayo Clinic reports the infection commonly occurs in closed and crowded environments and can be spread through contaminated food and water.

Because of this, Olympic officials are reportedly inspecting the facility where the guards were being housed, as well as 18 other buildings that use groundwater.

Multiple outlets report the quarantined guards will return to duty after they've been given a clean bill of health. Meanwhile, the first set of Olympic competitions start Wednesday.