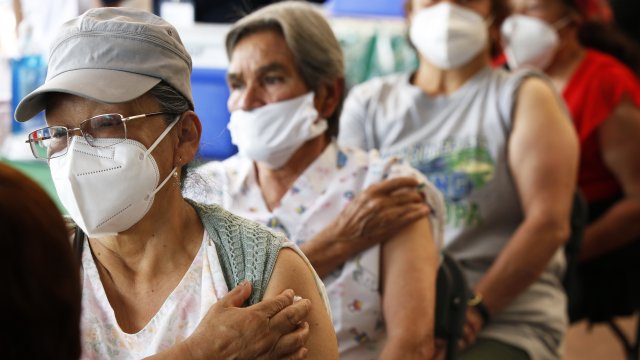 The newest variant was discovered just over a week ago by scientists in South Africa and Botswana, and it's now been found in multiple countries.

Mexico's Health Department announced Friday it had detected the country's first case of the Omicron variant of the coronavirus.

The first case was detected in a South African citizen who entered Mexico on Nov. 1 and began to feel ill Nov. 27.

The individual was being treated in isolation at a private hospital in Mexico City, President Andrés Manuel López Obrador said.

Mexico has no travel restrictions, testing requirements or mandatory quarantine for travelers and calls such measures "useless," saying they "do more harm than good."

While research is ongoing to determine how much protection current vaccines offer against Omicron, López Obrador asserted there should be "no concern."

Mexico has suffered one of the world's highest per-capita death tolls during the pandemic, and has never implemented mandatory face-mask rules, lockdowns or instituted mass testing.

A government review of death certificates indicates about 450,000 deaths attributable to COVID-19 and around 295,000 test-confirmed fatalities.

The newest variant was discovered just over a week ago by scientists in South Africa and Botswana, and it's now been found in multiple countries.

Much remains unknown about the new variant, including whether it is more contagious, as some health authorities suspect, whether it makes people more seriously ill and whether it can thwart the vaccine.