New Omicron Subvariant Is The Most Infectious COVID-19 Strain Yet 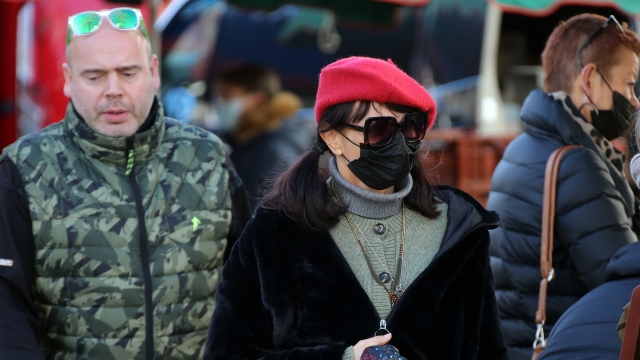 A subvariant of the COVID-19 Omicron variant, BA.5, is now the dominant strain in the U.S., and its infection rates are even more harsh.

Health experts are again sounding the alarm, this time over the now dominant COVID-19 variant in the U.S.: BA.5.

"I know more people infected right now with this virus than any seven to 10-day period I've known since the entire pandemic, and some of these people are really quite ill," said Dr. Michael Osterholm, director of the Center for Infectious Disease Research and Policy at the University of Minnesota.

There is no evidence BA.5 — an offshoot from the Omicron variant — leads to more severe disease, but health experts say it’s the most infectious strain so far.

"This is a stay tuned moment, we're learning," Dr. Osterholm said. "We know that... [BA.5] is the most highly infectious of all the variants or sub variants we've seen with Omicron. What once was an exposure of 10 to 15 minutes, to be next to someone who was infected and infectious — this may now be as simple as an elevator ride. That's how infectious this virus is."

New measures are being enforced around the globe. Streets are empty in Macau after authorities ordered casinos and other businesses to close. It’s the first time that’s happened since early 2020.

In the U.S., more than 100,000 new daily cases have been reported in the past two weeks. Since most people are self-testing at home, the Institute for Health Metrics at the University of Washington estimates that infection numbers the first week of July were about seven times what was reported to public health authorities.

"I don't have any faith right now that the reported number of cases in this country are representative of just how much activity is out there," Dr. Osterholm said.

In many places, it’s back to the basics. New York City’s health department is reporting high levels of COVID-19. They encourage all New Yorkers to wear high-quality masks in all public indoor settings, and with this new strain, crowded outdoor settings are included, too.

"If you were sitting outdoors and someone was smoking up window view, 10 to 15 feet away, you smell the smoke in short order," Dr. Osterholm said. "Well, that's the same air that if someone had the virus and we're breathing out... you would be breathing in. So as much as outdoor air can help reduce the risk, and it surely does, it doesn't mean that it's foolproof."

All it takes is one careless event.

"We have to understand that we are in this uncharted territory area, and anyone who tells you exactly what's going to happen over the course of the next weeks and months, be careful, because they probably also have a bridge to sell you," Dr. Osterholm said. "We just don't know, and we have to be honest about that."