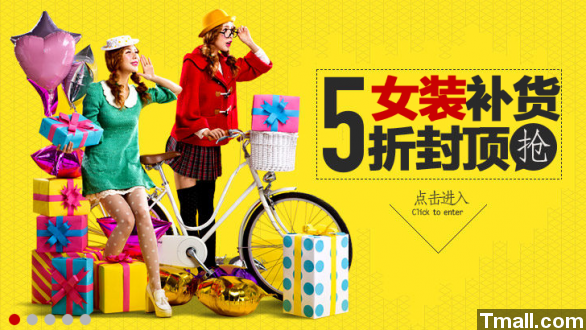 China's Singles Day rivals Cyber Monday in the the U.S. for online sales.

It’s a good day to be single in China. They’ve got an entire calendar date devoted to celebrating your loneliness.

Known as Singles Day, it’s held every year on 11/11 — because, naturally, that date consists of four singles.  Think of it as China’s anti-Valentines Day. (Via NTD-TV)

But it's no pity party. The day is all about embracing one’s single status and shopping for your fellow singles.  (Via Jewish News One)

Retailers have responded with promotions and huge discounts — making Singles Day the country’s biggest shopping day. And sales this year are expected to blow last year’s numbers out of the water. (Via CCTV)

To put it in perspective, the BBC reports one shopping site boldly claimed: “Two million bras sold in one hour, making a pile that would be three times higher than Mount Everest!”

Not to be outdone, American companies, too, have fallen in love with Singles Day. Looking to cash in, Microsoft launched Tmall.com back in March. In retailers' first 50 minutes of sales Monday, transactions equaled $1 billion.  (Via China View, Tmall.com)

The managing director of China Market Research Group told CNBC:"Everyone knows that it is a day of great deals. Chinese youth are getting more frustrated because of rising real estate costs so they are shifting to purchases that make themselves happy.”

But hey, this is more than just a day for bargain hunters to score the perfect boyfriend pillow or sweatshirt that reads “I am single because I am fat." (Via Alibaba.com, Tmall.com)

As Foreign Policy writes: “[The] Chinese have not forgotten about the true meaning of this holiday: hating singlehood. Singles' Day is an occasion on which Chinese confess their feelings and try to find significant others.”

Good luck with that. Tens of millions of Chinese men face long odds of finding a partner due to the serious country’s gender imbalance — thanks in part to its One Child Policy. (Via CBN)

Sure, finding true love may be one thing you can’t put a price tag on. But a little retail therapy never hurt anyone.