Online Summer School Could Be An Opportunity For Districts 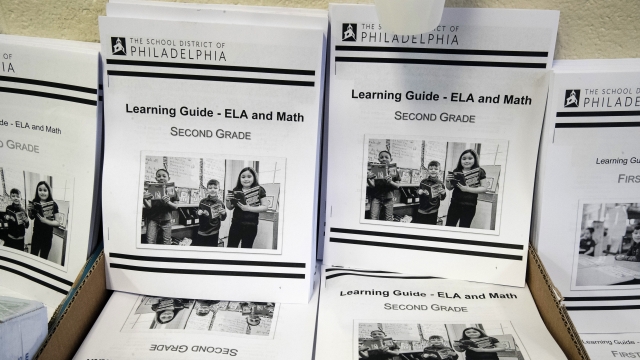 Some researchers say districts are missing the chance to innovate if they're not offering online summer learning.

Public school educators in Philadelphia began planning the district’s summer school offerings in January. But then...

“We had to basically relaunch all of our planning mid-April,” said Khaled Ismail, senior project manager at The School District of Philadelphia's Office of Academic Support.

Now programming will happen strictly online in light of the coronavirus. That will allow up to 35,000 of the district’s roughly 124,000 students to opt in.

A sampling of this summer’s courses includes small-group sessions for students in grades 3 through 7 and partnering with The University of Pennsylvania for a high school class.

It's one example of a school district innovating to take on the “summer slide” of learning loss that now could be made worse by the coronavirus.

But some researchers fear expanded summer programming like Philadelphia’s may be the exception, not the rule.

“What we've observed is that there are some areas of potential missed opportunity for districts this summer, just given the very unique circumstances that we're in in this moment in time in the country," said Bree Dusseault, practitioner-in-residence at the Center on Reinventing Public Education.

The Center on Reinventing Public Education found that less than half of the 100 districts they reviewed in May were offering summer school options for elementary and middle schoolers. The numbers were better for high schoolers, at 58 districts.

EdWeek released their own similar findings, where 38% of educators said their summer programming planning was “in progress” when surveyed late last month.

That means many schools are missing out on the chance to use this time to figure out what works and what doesn't when it comes to online learning.

“What we might see is just this fall looking more like the innovation or practice period, rather than the implementation of ideas that have taken hold or that they've seen results with over the summer,” Dusseault said.

Researchers say districts should be using data to identify students who are at high risk of falling behind and to pilot new tutoring programs. Summers are also an opportune time to offer more training to teachers.

“There's real trauma that's going on in this country, for families and for students," said Aaron Philip Dworkin, CEO at the National Summer Learning Association. "And I think a lot of folks, and a lot of school districts, are just trying to take care of that first.”

Another challenge facing educators is that the pandemic further exposed the country’s digital divide. Fifteen percent of school-age children don’t have access to high-speed internet at home, and online spring school attendance was reportedly inconsistent in some areas.

While some states are still offering in-person sessions, another partial solution to expand summer learning is for districts, businesses and local government to collaborate beyond what we traditionally think of as "summer school."

“I just was talking to a parks and rec department in a county that has 1,000 vans sitting idle in their parking lot," Dworkin said. "They could be delivering meals, they could be dropping off homework packets. I think there's a moment of collaboration here that people always want to see happen. But the crisis is kind of elevating, giving a chance for folks to work together differently.”