More Nuance And Diversity In Hollywood Portrayals Of Sexual Assault 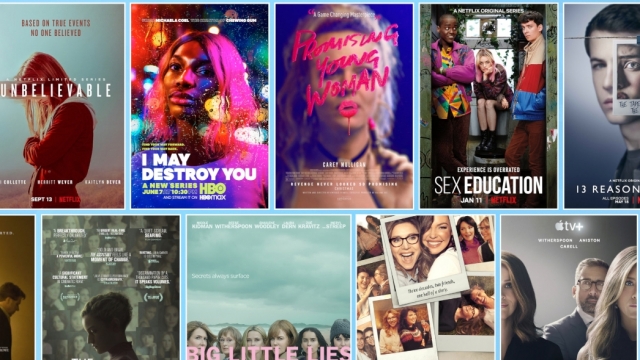 New films and TV series about sexual assault are bringing more nuance and diversity to the issue.

Since the height of the #MeToo movement in 2018, Hollywood has come out with several films and TV series about sexual misconduct. With the Golden Globe nominated "Promising Young Woman" and the critically acclaimed "I May Destroy You," experts are looking at how the industry is evolving its portrayals of the issue.

Unconsenting Media, a website that tracks and contextualizes portrayals of sexual misconduct on screen, has more than 5,000 films and TV shows in its database. Its creators hope the project can be a resource for survivors and also a platform to highlight the titles that add nuance to the conversation.

Rachel Parkes, university outreach coordinator at Unconsenting Media: "Now we're having people like Michaela Coel come out and tell her story in her own way, and in such an amazing way. I think that's only going to help people understand, 'OK, this is how you portray sexual assault.'"

The HBO drama "I May Destroy You" was praised last year for its nuanced and diverse portrayal of sexual assault survivors — both women and men. Written, directed by and starring Michaela Coel, the series was based on the artist's own experience, as well as the experiences of survivors in the LGBTQ community.

Parkes: "So, you have the intersectionality of there isn't just one face to a victim. And I think a lot of people needed to see that to understand it can happen in so many different contexts and to so many different types of people."

Samantha van Staden, director of Unconsenting Media: "What I think is so valuable is moving away from this idea that we rely on of 'the perfect victim.' … I think when we bring that kind of thinking into our daily lives, and we're just a little bit more critical, we can probably start addressing the issue."

The conversations surrounding sexual misconduct have evolved in the past couple years, especially with regard to the importance of consent, the long-term effects of trauma and the harm of victim blaming.

"Promising Young Woman" is a more polarizing take on the issue, telling the story of a woman avenging the death of her best friend. While some critics say the film falls short of advancing the conversation, others say it offers commentary on a system that fails those who have experienced assault.

Lara Kaufmann, director of public policy at Girls Inc.: "I think media can influence people's perceptions of what's right. And there's an opportunity there for them to correct that script."

Even as titles like "Promising Young Woman" and "I May Destroy You" continue changing Hollywood's portrayal of the issue, advocates for young girls and teens say there's still a lot of work to be done off-screen.

"Everybody's consciousness has been raised to this issue. … And we really believe that one of the best ways to help youth navigate what they see in films and TV is to teach them what's true and correct."