Operation Santa: How You And The USPS Can Help People In Need 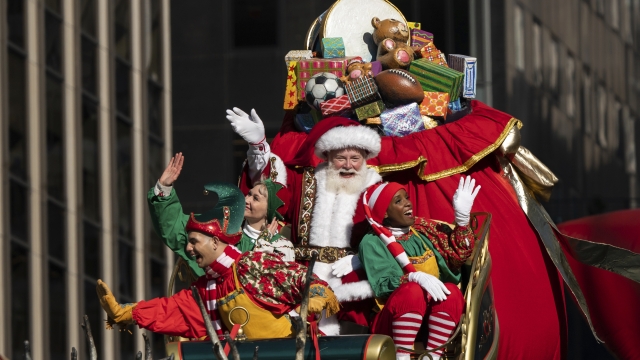 Want to give Santa a helping hand this Christmas? Here's how:

It "began way back in 1912. We've been doing this long time," said Mark Inglett, strategic communications specialist at the United States Postal Service.

We're talking about Operation Santa, a USPS staple for well over 100 years.

"The letters are pouring in, and we're gonna get a chance to go online. Look at some of the things kids are needing. It could be simple stuff, a bicycle or some clothes or some socks or anything. You'd be surprised what you can do to help people out for the holidays," said Inglett.

"It gives you simple steps on how you can adopt the family. Purchase what they're asking for. Go to the Postal Service, you're going to mail from the post office, and then that way they get it from Santa Claus," said Inglett.

The demand for Santa Claus and all his helpers is up by over 30% from last year.

Inglett says kids of all ages can write Santa a letter.

"You'd be surprised at some of the bigger kids that write in are hurting a little bit too, and they state what's going on in their lives and we can help those folks as well," said Inglett.

Operation Santa is just one of so many different programs and organizations helping people during the holidays.

But Inglett says there is just something special about being able to give back, no matter what is going on in the world.

"That one sense of normalcy, that one sense of everything's gonna be OK, is when they see that letter carrier, that postal truck coming through the neighborhood, because we are so important to the communities," said Inglett.

There are a few really important deadlines to take note of. If you need a little extra love this year, you can send letters to Santa starting Nov. 28 with a Dec. 12 deadline. If you want to help Santa make this year awesome, you have until Dec. 19 to adopt a family, shop and send the gifts off.