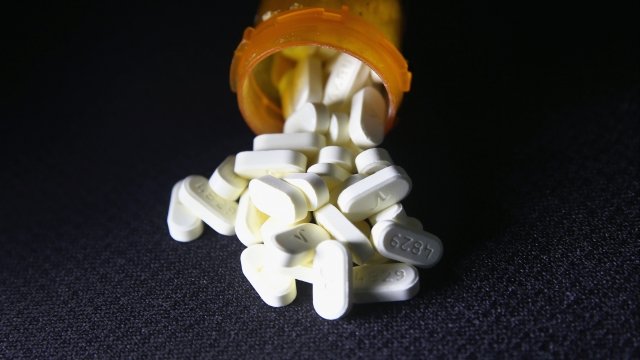 The opioid epidemic might help explain one of modern economists' big questions: Why are men working less than they used to?

Economists are on a mission to figure out why men aren't working as much as they used to.

It's a complicated problem to be sure: Everything from work automation to video games might be somewhat to blame.

But a new study published by the Brookings Institution suggests opioids might be a large part of the problem.

The study looked at opioid use across the United States, county by county, from 1999 to 2015. It found that in counties with lower workforce participation, opioid prescriptions were higher.

The study estimates the rise in painkiller prescriptions could be to blame for about 20 percent of the drop in men's workforce participation during those years.

Nearly half of the men surveyed who were out of the labor force reported taking pain medication daily — including over-the-counter medication. And 40 percent said pain keeps them from having a job.

Of course, just because there's a correlation doesn't necessarily mean scientists have found a cause. But this study lends a bit of weight to something economists at Goldman Sachs have been saying for a few months now about the workforce and opioids in general.

Again, this is likely one factor among many: Past research has blamed video games, higher rates of college attendance and technology's tendency to automate low-skill jobs out of existence.