Oracle Is Reportedly In The Running To Acquire TikTok's U.S. Operation 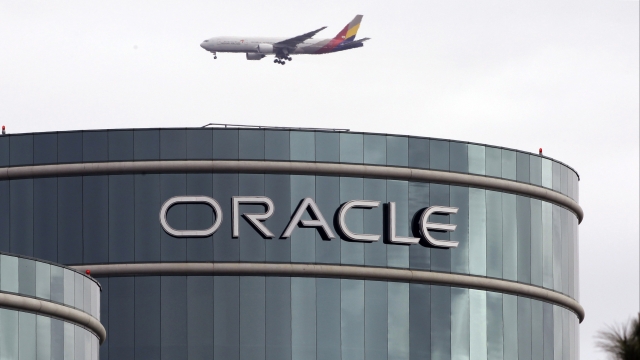 Oracle's bid for TikTok may seem surprising because it doesn't offer social media for consumers. But the app's data could still be valuable to Oracle.

For people worried about TikTok being banned in the United States, there’s a little more certainty the video app is here to stay. At least software giant Oracle hopes so.

The company is reportedly jumping into a bidding war with Microsoft to buy TikTok’s U.S.-based operations. Spokespeople for Oracle declined comment for this story. TikTok parent ByteDance told Newsy it doesn’t “comment on market rumors.”

The Financial Times reports that Oracle held preliminary talks with China-based ByteDance to purchase app operations in the U.S., Canada, Australia and New Zealand. Legal experts say American ownership of the app may appease national security concerns around TikTok sending data back to China, and stop an outright ban.

President Donald Trump recently signed an executive order that forces the app’s parent company to divest itself from the U.S.-arm of its business by this fall.

"Politics is just so front and center here," said Scott Shackleford, Associate Professor of Business Law and Ethics, and Chair of Indiana University's Cybersecurity Program. "Basically we're saying we trust our technology platforms, which are actively gathering enormous amounts of data on all of us. So we trust our technology providers and the U.S. Government as a result, more than other countries."

Microsoft has been in talks with the U.S. government for about a month to make the acquisition.

Legal experts say the government getting involved in the deal between U.S. tech companies and TikTok is unprecedented, and could still come under scrutiny in coming months.

“We've had something of a consensus, you know, really since the 90s on the way that Internet governance works," said Scott Shackleford, Associate Professor of Business Law and Ethics, and Chair of the Indiana University's Cybersecurity Program. “It does set precedent in a way that we just haven't seen from the U.S. government before, because keep in mind, we have been proponents of an open, interoperable, secure cyberspace.”

Oracle is best known for its software, so it’s unclear why it might want to buy TikTok. Oracle doesn't have a social media platform or a video business for consumers.

“It looks to me like they’re trying to make a play to become a more diversified company, and this is perhaps their way of doing this without having to go out and do this organically," said Douglas Schmidt, Professor of Computer Science at Vanderbilt University.

And Oracle could theoretically use the app to improve its own marketing products.

“What TikTok would potentially provide them is access to an enormous amount of data from an enormous number of users," Schmidt said.