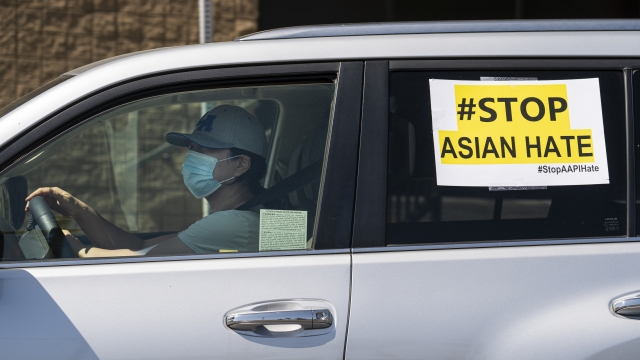 The California county's board of supervisors formally declared racism a public health crisis, but not all residents were on board with the claim.

In Orange County, California, racism is more than harmful and hurtful to its targets.

The local board of supervisors recently declared racism a health crisis after seeing increased hospitalizations of people of color during the pandemic. But even in doing so, there was some pushback. The Orange County Health Care Agency director, Dr. Clayton Chau, even faced interruptions when trying to speak, with one person even shouting out, "Go back to China."

"Really, go back to China? And you think racism is dead. Really?" said Andrew Do, Orange County supervisor.

Orange County is about 70% White and historically Republican. Do, a Republican supervisor, defended his colleague and the proposal.

"First I thought I needed to protect and step up first to our staff member but also a fellow Asian American, and to protect against the level of rhetoric that has become more hostile," Do said.

Another Insitution Is Taking 'Oriental' Out Of Its Name

In 2016, President Obama signed a law removing the word "Oriental" from federal language and replacing it with "Asian Americans."

"We should not be subject to such vile language, and so that should really cross party lines that this is something that we both support," said Andrew Ji, managing director of Asian Americans Advancing Justice in Orange County. "Regardless of who you are, if you're a public official, if you are a county supervisor, if you're in a position of authority, to not just say this is not OK, but to take tangible steps."

"Asian Americans are the focus now, but throughout our history at different times, different groups have been targeted," Do said. "I want this to be a conversation to be had by all."

Orange County is just the latest government to officially look at racism as a health issue, pointing to inequities in health care spending and the consequences of violence.

Under the vote, Orange County policies will be reviewed to ensure they are racially equitable.

The County joins more than 200 governmental bodies in 37 states that have passed similar declarations, and while declarations themselves are often symbolic, they can spark action. In Boston, the city allocated $3 million to address issues like COVID-19 health disparities and reviews of police policies.