Organ Transplants Hit All-Time High — Sadly, It's Because Of Opioids 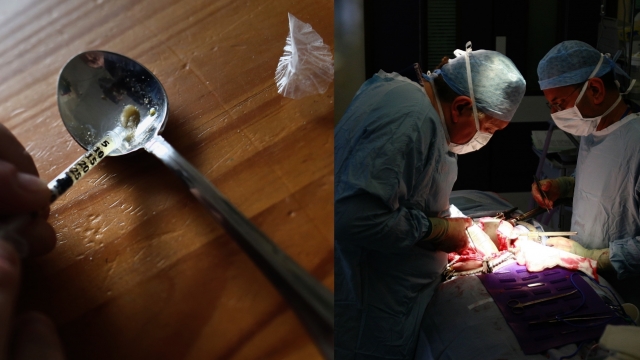 America's opioid epidemic has had the unforeseen side-effect of boosting organ donation numbers.

For the fourth year in a row, organ transplants have reached record highs.

But this isn't the major public health victory it seems like it should be.

Trying To Stop The Opioid Epidemic Is An Uphill Battle

To stop the opioid epidemic, the CDC is telling doctors to cut back on opioid painkiller prescriptions, but some people just end up turning to heroin.

America's opioid epidemic is one of the major causes for the increase in donor organs — one in every 11 organ donors died of a drug overdose. In some places, that number jumps to nearly one in four.

And unfortunately, there still aren't enough donor organs to meet the demands of people who need transplants.

And since the organs come from overdose victims, they're considered high-risk, meaning they could — but usually don't — carry infectious diseases.

Even with the increase in donor organs, there are almost 120,000 people on the waiting list for organ transplants.