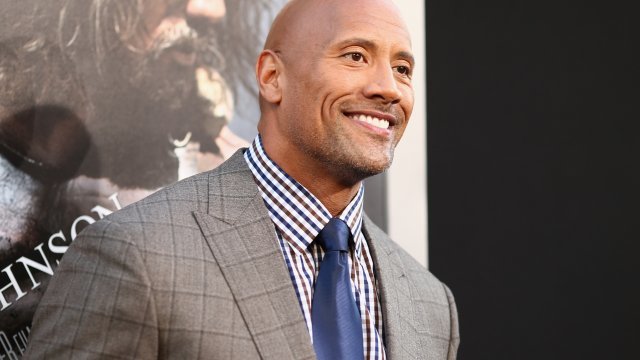 The filing was made in Wheeling, West Virginia, by someone named Kenton Tilford. It's unclear if Tilford has any relationship with Johnson — it should be noted that anyone can file the paperwork to support or oppose any candidate they want.

It's possible the filing is just a joke. Maybe Tilford was just moved by The Rock's performance in "Baywatch" and decided that was what he wanted to see in a commander in chief.

Johnson has joked about running for office before on "Saturday Night Live." But he's also seriously considered running.

GQ asked Johnson if he would "give up his life as the highest-paid movie star on Earth — which is unquestionably easier, more fun, and more lucrative," to be president. Johnson replied: "I think that it's a real possibility."

Even if he wants to be president, Johnson's Hollywood commitments could get in the way of his campaign.

IMDb says Johnson has at least one movie due out in 2019, which is about the time he'd have to start campaigning. Plus he's reportedly signed on for a sequel to "San Andreas." But he still hasn't ruled it out.

"I'm very flattered by it. Three and a half years is a long ways away, so we'll see," Johnson said on "The Tonight Show."

For some context, President Donald Trump launched his campaign in June 2015, nearly a year and a half before the 2016 election.

In the past, Johnson has said he's an independent. It's unclear if he would become a Democrat to have a better shot at beating fellow WWE star President Donald Trump.