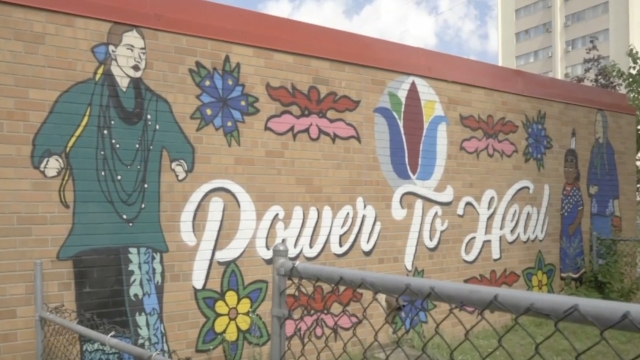 Among the most marginalized women, like Native Americans, activists fear restrictive laws could be devastating.

A New Mexico-based organization that first started out providing breastfeeding support for Indigenous People, has made it their mission to also help provide access to safe abortions amid increasingly restrictive laws like SB 8 in Texas.

"From September 1st of 2021 to mid-March, we served just under 600 people and with one staff person," said Rachel Lorenzo.

Rachael Lorenzo is the director of Indigenous Women Rising (IWR), an organization based in downtown Albuquerque. The organization raises money for women to travel and get access to safe abortions.

"So, when we launched our abortion fund, we had the criteria that we would only serve indigenous people," said Rachel.

IWR got their start in 2017 at a hackathon event at MIT called "Make Breastfeeding Not Suck." They wanted to make breastfeeding easier for people in their community

"So, we took our traditional regalia and we made them more breastfeeding friendly because the dresses that we wear come down to about our shins and there's a belt around the middle. So, if you take off this belt, you have to lift like two or three layers of a dress to breastfeed,' said Rachel.

After the Hackathon, Rachel received messages from Indigenous women across the country asking her about getting an abortion.

"I thought to myself, there has to be something out there to help people pay for abortions. And so that's when I learned about the National Network of Abortion Funds and learned that there are no other abortion funds in the country that center Indigenous people and our unique experiences," said Rachel.

Indigenous Women Rising is mainly for Indigenous people, but if funds are left over, they do provide support for undocumented women needing an abortion.

Rachel says there is a need for better political education around abortion access for Indigenous people.

"We have gotten questions about, and why, Indian Health Services does not provide abortion care. And then we have to educate callers about the Hyde Amendment," said Rachel.

The Hyde Amendment is a 1976 law that prohibits the use of federal funds to perform abortions. Indian Health Service is a government run agency

But educating people about abortion isn't the only service Indigenous Women Rising provides.

Access to midwifery, breastfeeding and Indigenous-focused sex education are other things the organization goes out into the community and talks to people about and provides access to.

"We need to talk about it because, um, that sex education that affects when we talk about it, that's our solution. Our preventive measures towards not having to get an abortion, so or two is having a healthier view of abortion. And, you know, everything that we need to take care of ourselves," said Leigh Ann.

Connecting with other Indigenous organizations across the country is also part of Leigh Ann's job.

"Regionally how maybe, um, how people talk about sex education because I know we all have different creation stories. We all have a different, um, different things that respectfully that we do for our girls and maybe even our boys when they go through puberty," said Leigh Ann.

Both Leigh Ann and Rachel think there needs to be more discussion around the health care barriers Indigenous women face in their own communities. Not just abortions, but OBGYN care, birth control and the time and distance it takes to get to a clinic.

"If we can't have that conversation among each other in our own native communities, then all of the other barriers like distance or the biases of providers are kind of a moot point if we can't talk about that among ourselves and demand that those services be provided to our community members," said Rachel.