There Aren't Many Laws Governing Facial Recognition At US Airports 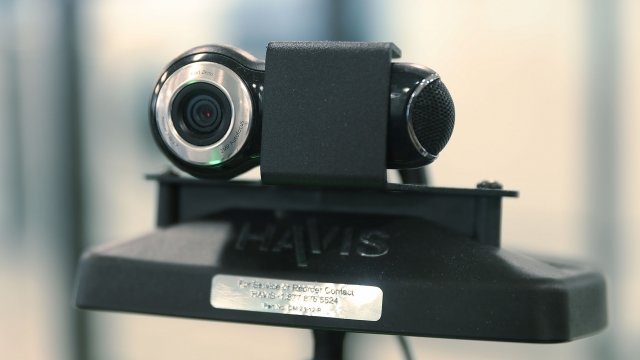 Orlando International Airport just became the first U.S. airport to scan the faces of all international travelers, as they leave the U.S. and as they arrive. But expanding the government's facial recognition network is likely to be controversial, since there still aren't clear rules on how the system should be used.

"It's just part of the boarding process," says U.S. Customs and Border Protection Commissioner Kevin McAleenan. "Pause for a second, have an image taken, compared to images that are already on file, and then the boarding continues."

But recent research from privacy experts at Georgetown University finds TVS is "a serious escalation of biometric scanning of Americans." They say it could be ripe for abuse because "there are no codified rules that constrain it."

Some airlines are allowed to use their own cameras and computers to scan faces, for example. But DHS doesn't require them to delete images, so airlines can hold onto them for "business processes" for an indefinite amount of time.

More to the point, some lawmakers say, Congress has never made laws on how TVS should apply to U.S. citizens in the first place.

Facial Recognition Systems Can Identify Criminals, But Do They Work?

Half of all Americans have a photo in a police facial recognition system, and a new court case is revealing how it works.

Georgetown's research found TVS is unreliable and could lead to travel delays if it gets faces wrong. The American Civil Liberties Union worries TVS and similar programs could make it easier for facial recognition to creep into U.S. life.

For now, at least, U.S. citizens can still opt out of getting their pictures taken. But it's like opting out of the X-ray in the TSA line: if they don't want to be on camera, they'll have to get their identity verified another way.