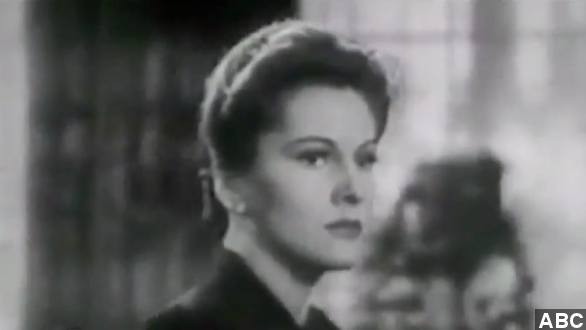 The actress was best known for her on-screen presence and her feud with her sister who was also an actress.

Oscar-winning actress Joan Fontaine has died at the age of 96.

Fontaine reportedly died while asleep at her home in Carmel, Calif., on Sunday.

Fontaine played roles in more than 40 movies throughout her career. She is perhaps best known for her Oscar-winning role in the 1941 Alfred Hitchcock film "Suspicion." (Via ABC)

That win made Fontaine the only actress to win an Academy Award in a movie directed by Hitchcock.

But it was some of her behind-the-scenes behavior that also got attention. Fontaine had a bitter off-screen rivalry with older sister Olivia de Havilland that neither kept a secret. (Via WCBS)

De Haviland is widely known for her Oscar-nominated performance as Melanie Wilkes in the 1939 smash hit "Gone with the Wind" as well as performances in "The Adventures of Robin Hood" and "To Each His Own." (Via CBS)

The Los Angeles Times notes the feud had a lot to do with de Havilland's success in the mid-to-late '30s while Fontaine was struggling to gain attention for her own film work.

But they both ended up finding success. USA Today points out Fontaine and de Havilland were the only siblings to ever both win Oscars. De Havilland won two — in 1947 and 1950.

The feud was so bad the famous sisters reportedly hadn't talked to each other since 1975 after their mother passed away. (Via Daily Mail)

Aside from her sibling rivalry, The New York Times reports Fontaine married and divorced four times. Her last marriage ended in 1969.

Her final film appearance was in 1994. Fontaine's assistant told the Los Angeles Times she died of natural causes Sunday. She is survived by her sister, a daughter and a grandson.